Webcasting: A technology that can reach audiences beyond the performance hall 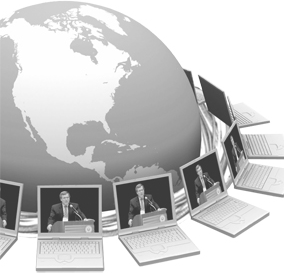 Albert Einstein once said “I never think of the future. It comes soon enough.” Well fortunately, people like Sam Bottoni, the author of the following article, are thinking about the future and what it means to classical music organizations. Sam’s article focuses on the intersection between current technology and the concert hall, and how organizations can utilize cutting-edge methods of delivering content to their audience. As orchestras work to engage younger people in the concert-going experience, Sam’s informative points regarding the potential of technology are important for us to consider.Thinking about the future and how we reach and interact with our many potential audiences will be crucial to the success of our beloved music.

Webcasting: A technology that can reach audiences beyond the performance hall