The Birth of ICSOM: A Labor Revolution 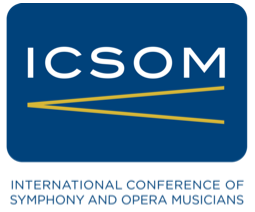 As the controversy rages in the US regarding the Patriot Act and the extent to which the government can intervene in ordinary citizen’s lives in the name of “homeland security,” it is interesting to look back at the role symphony musicians played in safeguarding (or not) civil liberties in the midst of the McCarthy era HUAC (House UnAmerican Activities Committee)hearings.
Julie Ayer, violinist with the Minnesota Orchestra, has excerpted another chapter from her book, More Than Meets the Ear: How Symphony Musicians Made Labor History that details the birth of ICSOM and the role that symphony musicians, ICSOM and the AFM played during the Communist witchhunt of the 1950s.
Once again, I highly recommend Julie’s book in its entirety. Reading it will make you proud of the impact musicians have had on the labor movement and in improving conditions in their own working lives.

Postscript to the Era

On May 5, 2003, the U.S. Senate opened long-sealed transcripts of the closed-door hearings conducted by Senator McCarthy in 1953–54. FBI file 100-HQ-370562 describes the subject as “self-employed as a composer of music” and as reportedly linked to Communist front groups. Within six months Aaron Copland was classified as a Communist. Using informants, the government spent the next two decades monitoring his whereabouts, analyzing his comments, and taking note of his friends and associates. The file discloses that the FBI wanted to prosecute Copland for perjury and fraud for denying he was a Communist, and Director J. Edgar Hoover enlisted the CIA’s help in monitoring the composer’s travels. Suspicions about his politics caused his music to be removed from President Eisenhower’s inaugural concert in 1953. He was called to testify on May 26, 1953, before a secret Senate investigations subcommittee. Others asked to testify at the secret hearings were writer Dashiell Hammett, poet Langston Hughes, and U.S. Army Colonel Chester T. Brown. During the two-hour hearing, Copland repeatedly denied affiliating knowingly with Communists. He said he signed many petitions in support of liberal causes, but that his involvement was superficial. “I spend my days writing symphonies, concertos, ballets and I am not a political thinker,” Copland said at the hearing. In his memoirs he wrote: “I became a victim of a political situation. I tried to carry on as usual. But I lost a great deal of time and energy (not to mention lawyers’ fees) preparing myself against fictitious charges.” A December 1955 FBI memo stated there was “insufficient evidence to warrant prosecution” (New York Times, May 6, 2003; Los Angeles Times, May 20, 2003).