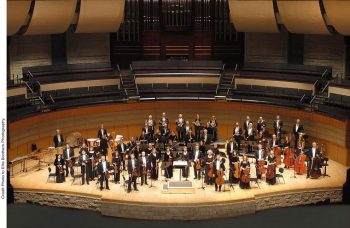 Have you ever wondered why certain AFM locals ended up with hyphenated numbers? I belong to Hartford CT Local 400 and New Haven CT Local 234-486. The second number for the New Haven local is that of the separate black local that was established in New Haven in the early part of the 20th century.
Julie Ayer, violinist with the Minnesota Orchestra, has excerpted a chapter from her fascinating book, “More Than Meets the Ear: How Symphony Musicians Made Labor History” that explains in detail the story of these AFM segregated black locals and how they ultimately were merged with their white counterparts. This chapter also chronicles the difficulties African-American classical musicians had, not only in winning auditions but also in performing their duties as members of the orchestra.
I highly recommend not only this chapter but Julie’s book in its entirety. Reading it will make you proud of the impact musicians have had on the labor movement and in improving conditions in their own working lives.

“We were investigated three times by Congress. Some senators would say to me, ‘You are bragging about a great democratic union. Why do you have two locals in many cities and especially here in Washington, DC?’ The AFM had by far more segregated locals than any international or national union. So you can see, the spotlight was on us. Merged locals must live together. All must work at it very hard, so as time goes on no one will say, ‘Do you want to employ a black or a white man?’ It will be, ‘How many men do you want to contract for?’ ”

James Petrillo, in a speech to the 1971 AFM convention

More Than Meets the Ear:
How Symphony Musicians Made Labor History