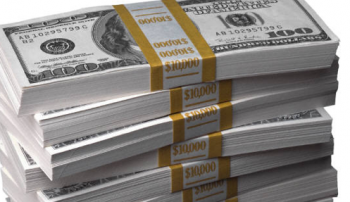 Michael Kaiser, CEO of the Kennedy Center, has been touring the country, visiting all 50 states (69 cities all-together – New Haven CT was number 58), offering his advice about how arts organizations can weather the current economic downturn. Thursday, June 10, 2010 was his day to be in Connecticut – he gave two presentations: one at the Yale Art Gallery in New Haven and one at St. Joseph’s College in West Hartford. The session was moderated by Diane Smith, a well-known CT television and radio personality who has recently done a lot of award-winning work with CT public television.
Michael Kaiser has been called “the turnaround king” because of his success with several arts organizations, including the Kansas City Ballet, Alvin Ailey American Dance Theater, American Ballet Theater, and London’s Royal Opera House. Indeed, his 2008 book is titled The Art of the Turnaround: Creating and Maintaining Healthy Arts Organizations.
In 2001, Michael created the Kennedy Center Arts Management Institute to provide advanced training for young arts administrators, and has developed a series of programs to help train others in the field. He created a Capacity Building Program for Culturally Specific Arts Organizations, which offers mentoring services to the leaders of African-American, Latino, Asian-American and Native-American arts groups across the United States. In February 2009, he created Arts in Crisis: A Kennedy Center Initiative, a program that has provided free arts management consulting to 650 arts organizations around the US.
While he has some very serious advice to offer, he is also very entertaining and inspiring. Many of the points he made in his talk this morning are discussed in much greater detail in his book, but this article provides a summary of some of his main points. (Comments in quotes are in first person and are close to what Michael or Diane actually said, but may not be verbatim.)
Diane started the session off with a big laugh as she complimented him on his wonderful photo on the cover of his book. (It’s actually a very striking photo of a dancer from the Alvin Ailey troupe!)