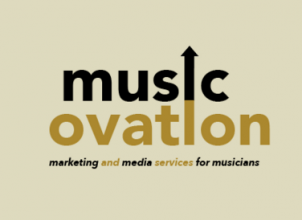 Zachary Preucil is a current D.M.A. candidate in Cello Performance at the University of Wisconsin-Madison. He received his M.M. and Arts Leadership Certificate from Eastman in 2014 as a Pi Kappa Lambda inductee, and B.M. with honors from the New England Conservatory in 2012. He has been on the faculties of the Music Institute of Chicago, the Kanack School of Musical Artistry, and Music for Youth.

What inspired you to co-found Musicovation?

The main credit for the inspiration goes to my colleague, Elizabeth Erenberg, whom I got to know during my undergraduate years when we were co-editors of New England Conservatory’s student newspaper. Elizabeth had noticed a need for more encouraging news within the music world, and one day had the idea of creating a website focused on its positive happenings. As a blogger myself, I saw great potential in the concept when Elizabeth described it to me, and was excited to get involved.

Were there any unexpected complications that arose when creating the Musicovation blog?

Probably the biggest challenge we faced was finding an ideal web platform, considering our vision for the site was continuously evolving and we didn’t have a lot of finances to spend on web design. We used Squarespace at the beginning, but switched to a more comprehensive WordPress design as the site grew to be a robust blog and source of media and marketing services. Changing day jobs and moves on both ends also posed challenges, but we always managed to keep everything going.

What advice would you give to current Eastman students who are interested in increasing their social media presence or may already blog but are looking to expand the scope?

It’s important to understand the differences among social media platforms. Facebook is a great place for staying connected with friends and colleagues, but it’s not as useful for making new contacts as Twitter and LinkedIn, where you might connect with people you’ve never met. Those interested in blogging should consider what perspective they can offer that isn’t found elsewhere. In an increasingly crowded blogosphere, it’s the unique voices that command the most attention.