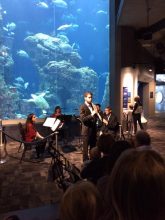 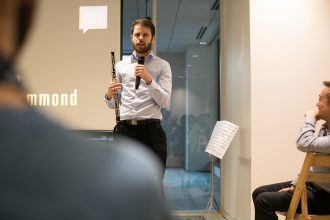 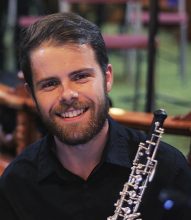 Zachary Hammond (BM, Oboe, ’14) is the principal oboist of the Charleston Symphony Orchestra in South Carolina. Prior to joining the CSO, Zac joined Symphoria as principal oboe, while he was still a student of Richard Killmer at Eastman. Zac has performed with many other groups throughout the country including the Rochester Philharmonic, National Arts Centre Orchestra and Charlotte Symphony Orchestra.

How has your time spent with the Institute for Music Leadership and ALP program influenced your career path?

I feel that my work with ALP really pushed me to engage with all of the different aspects involved with running an arts organization (outside of just playing the oboe). I think that I more clearly see the value in being an advocate for the arts and supporting music education and I actively try to seek out opportunities that allow me to help with those things. With the music industry changing as quickly as it is, ALP gave me the tools to adapt and influence those changes.

Do you feel that your Arts Leadership Certificate helped you to win the Charleston Symphony job?

ALP served a very important role in helping me win my Charleston Symphony audition. One of the great things about ALP is that it helped me to think about the aspects of a career in music that don’t specifically involve playing music (networking, public speaking, technology etc.). At the end of my audition, I had an interview and I think what set me apart was the fact that I could communicate easily and had a lot of non-performance experience, which were the sorts of things ALP encouraged.

What Arts Leadership class has impacted your career the most and why?

The ALP course that has stuck with me the most was actually a short lecture course I took. It involved presentations by successful professionals currently working in the music field. Each guest speaker described their background and career path. I remember being struck by how everyone’s story was completely different and also that every one of them had experienced significant setbacks and obstacles. It helped me realize that there isn’t a single “right” way to build your career.

Do you have any non-traditional advice you can give students hoping to achieve a performance career like yours with the Charleston Symphony?

I think the biggest piece of advice I can give is to be open and flexible. Even at my more “traditional” full-time orchestra job, I am still frequently doing education, marketing, development and administrative work. Aside from obviously learning to perform at the highest level possible, being open to all of the different aspects of making music can actually make you an asset and advance your career significantly.