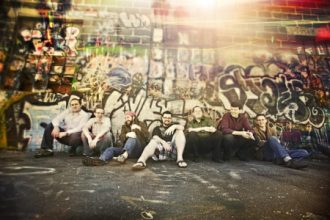 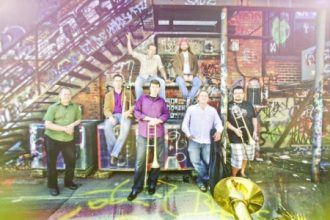 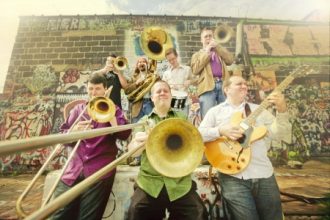 Trombone? In the back of the band? Not anymore.

This New Orleans-style funk/rock/brass band is not to be tamed! Garnering acclaim as a powerhouse of sound and technical skill, these seven multi-talented Eastman and Arts Leadership Program alumni have made waves not only as musicians, but as entrepreneurs and educators as well.

The PBBB will be releasing their second album in March 2011, and they need your help. These gentlemen have gone independent — from artistically-restricting record labels, that is — and are looking to their supportive fans for help funding this album.

To make a donation of any amount, please visit Kickstarter by February 28, 2011. Any donation of $5 and over garners you exclusive prizes ranging from a hand-written thank you note and autographed CDs to having a song named after you or free PBBB concert tickets for life!

The PBBB’s debut album “Bone Break” (2008) is available for purchase on the band’s website.