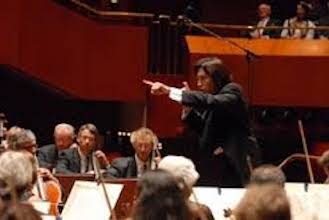 Eastman alumni and Arts Leadership Program Certificate recipient, promising young conductor Shizuo “Z” Kuwahara recently won first prize in the prestigious Georg Solti International Conductors’ Competition in Germany.  Mr. Kuwahara held the positions of associate conductor of the Virginia Symphony and American Symphony Orchestra League Conducting Fellow with The Philadelphia Orchestra.  In Philadelphia, he was mentored by the Music Director Christoph Eschenbach and led the orchestra in family and student concerts and covered additional performances.  Mr. Kuwahara served as an artistic director and the principal conductor of the IPPO Philharmoniker in Tokyo, Japan.  Just recently, he served as an assistant conductor at the Saito Kinen Festival, where he was an assistant to Seiji Ozawa and conducted the Ozawa Jyuku Orchestra.  In 2006 he spent his summer in Sapporo, Japan, where he was an assistant conductor of Valery Gergiev at the Pacific Music Festival.  Mr. Kuwahara has also served as Professor of Music and Director of Orchestra Activities at the College of William & Mary and American University.

Born in Tokyo, Mr. Kuwahara studied conducting at Yale University, where he was awarded the Charles Ives Scholarship and won the Eleozar de Carvalho Prize for students of conducting, and at the Eastman School of Music, where he was awarded the George Eastman Scholarship, Performer’s Certificate and Arts Leadership Program Certificate.  His principal teachers have included David Effron and Lawrence Leighton Smith.  Mr. Kuwahara has also studied with Leonard Slatkin, David Zinman, Timothy Muffitt, and Michael Jinbo at various conducting institutions, including Aspen, the National Conducting Institute, the Pierre Monteux School, and the Chautauqua Music Institute. www.shizuokuwahara.com
See additional information on Mr. Kuwahara on the Eastman Showcase.

I wanted to learn every aspect of music while I was studying at Eastman.  ALP was the only program at Eastman that kept up with the current music world, offering opportunities to learn and experience various ways to engage audiences.  It also provided a great deal of information about various musical institutions – discussions among colleagues about the successes and failures of art organizations made students aware of what one should or shouldn’t be done in various situations.

How have your studies and experiences in the ALP program helped you in your professional career?

Before I ever stepped outside of the academic world, ALP gave me strategies on different outreach / audience engagement programs attempted in orchestras around the world.  From this information, I founded at the Virginia Symphony a program called “Encore!”, targeting young adults (age 20s through 40s) who have never attended an orchestra concert.  It eventually expanded to other programs such as SNL (Symphony Night Live), which showcased new music in a club-like atmosphere, providing young audiences a comfortable space to enjoy new music. )

How important is entrepreneurship in the world of conducting?

It is very important, but I find that it is also as important not to forget traditions and artistry in the process.  I believe it is something that cannot be taught, but one can learn and customize by watching and hearing others’ experiences.  The world changes so quickly and one needs to be very flexible in order to deal with unexpected circumstances.  It’s our turn to become successful entrepreneurs.  “What’s next?”

What is the biggest challenge faced by young conductors today?

The job of a conductor is so unique that there are many things one needs to learn beyond what academic institutions offer in their programs.  The demands of non-musical activities are so much greater than what was expected from conductors in the past that balancing artistic integrity can be very difficult.  Each of us has to find our own style that works.

What advice would you give to current students in the ALP program?

Leading is about initiating – don’t just think about doing it but actually do it!  I suggest that you start doing it while you are in the school and make many mistakes, because once you are out in the real world, there is a very small margin for error.

You recently won 1st prize in the International Conducting Competition Sir Georg Solti 2008. How important are these types of competitions to the careers of young musicians?

Being chosen as 1st place in a large international competition (among 540 applicants) is a great honor.  This prize gave me opportunities to conduct more European orchestras, but I feel this is just the beginning of my career.  The importance of competitions varies with the size and recognition of these organizations, but I feel one should start earlier rather than later.  Being afraid of failure will never make you a better artist.  Learning from making many mistakes is the only way to improve as a conductor.