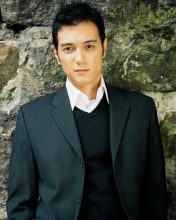 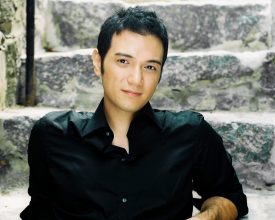 Named one of National Public Radio’s Favorite New Artists of 2011, Nicholas Phan continues to distinguish himself as one of the most compelling young tenors appearing on the prestigious concert and opera stages of the world today. He serves as the Artistic Director of the Collaborative Arts Institute of Chicago, a non-profit which he founded and is devoted to promoting art song and vocal chamber music repertoire. CAIC is committed to providing coaching and support for singers in the early stages of their careers, as well as presenting a variety of performances by established artists. A graduate of the University of Michigan, Mr. Phan is the 2012 recipient of the Paul C. Boylan Distinguished Alumni Award. He also studied at the Manhattan School of Music and the Aspen Music Festival and School, and is an alumnus of the Houston Grand Opera Studio. He was the recipient of a 2006 Sullivan Foundation Award and 2004 Richard F. Gold Career Grant from the Shoshana Foundation.

Nicholas Phan has made a name for himself as an expressive interpreter of the British composer Benjamin Britten. Raised Greek Orthodox in Ann Arbor, Michigan, Mr. Phan, who initially studied the violin and played in a youth orchestra, discovered Britten when he played his “Young Person’s Guide to the Orchestra.” In college he became fascinated with the relationship between Britten and the tenor Peter Pears, who lived together at a time when homosexual acts were illegal in Britain. His solo album, Still Falls the Rain, was released as a tribute to Britten’s centennial anniversary in 2013. The album focuses on works inspired by Britten’s key collaborators including Dennis Brain, Osian Ellis, and poet Edith Sitwell. (NY Times, Amazon).

“There is nothing more difficult than giving a solo recital, because there is no costume to hide behind. In an opera, you are interacting with your colleagues. In a recital, you are baring your soul, and there is direct contact with an audience. I get my thrill from that. There is no fourth wall to hide behind.”

“Courage is not the absence of fear but the ability to face it. It’s better to make a positive choice — to balance an inner critic with an inner cheerleader.” (NY Times).

“Beyond the simple fact that Britten would have turned 100 today, celebrating Benjamin Britten could not be more timely – as we classical musicians struggle to find our footing in the 21st century, we could all take a cue from his willingness to innovate and engage.  We could all stand to model his keen awareness of the power that music and musicians have to knit communities closer together, and to change not only our own lives, but also the lives of those around us for the better.” (Phan).

Nicholas Phan on the power of classical music, music education, and arts organizations…

“I think it’s time to start looking at our arts organizations in a different way – like new music, with fresh eyes. As our venerated institutions become older and more established, it is easy to begin taking their existence for granted.  The demise of the New York City Opera should be a lesson and warning to us all in this regard.”

“We must stop taking for granted that all people know this beautiful, rich repertoire that is ‘Classical Music’.  We must even stop taking for granted that everyone is familiar with us as performers and institutions – many people don’t know who we are, what we do, and why we do it.  Our media marketplace is too crowded for us to take that for granted anymore.  We must make sure that every gesture we make is intentional and not a motion that we simply take for granted because it’s something we’ve always done or just a desperate act of survival.  We must engage the communities around us beyond begging for them to dig us out of our grave.  We must look at why and how we are relevant, and how we relate.

It is our responsibility as classical musicians to enable the communities around us to experience and discover this beautiful, potentially life-changing music.  In doing this, we will engage these communities in a dialogue – reminding both ourselves and everyone around us why we are relevant, why what we do is important, and perhaps in the process bring our increasingly divided communities together. This is not just the job of us performing artists (who must examine our programming and artistic vision) but also of the boards and administrations of these organizations, as well.  Just as artists exist to serve the communities around them, it is the responsibility of those communities to support and protect them.  In this sense, we are all guardians of this music.  We are all artists, in this way.” (Nicholas Phan blog).