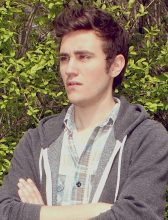 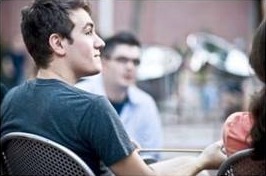 Matt Evans received his MM degree (Performance and Literature, Percussion) and Arts Leadership certificate from Eastman in 2012. In his time at Eastman, Matt completed Arts Leadership Program internships during the academic year at the Eastman Office of Communications, and a summer internship for the Bang on a Can summer festival.

Matt, who will be based in New York City, was awarded ALP post graduate funding for his role as Production & Administrative Intern/Associate with Bang on a Can, Inc. for the 2012-2013 academic year. Matt received his MM degree (Performance and Literature, Percussion) and Arts Leadership certificate from Eastman in 2012. In his time at Eastman, Matt completed Arts Leadership Program internships during the academic year at the Eastman Office of Communications, and a summer internship for the Bang on a Can summer festival. Matt was president of Eastman’s student run new music ensemble Ossia for the 2011-2012 season while active in the Rochester area as both a composer and performer, specializing in contemporary music.  He has performed as part of Bring to Light NY and the Make Music New York festival and his compositions have been presented at ArtAwake and the UnCaged Toy Piano Festival. With Bang on a Can, Matt’s responsibilities will include booking events for the Bang on a Can All-Stars, coordinating events related to the Bang on a Can Summer Festival and organizing specialized projects throughout the Bang on a Can 2012-13 season. Read more about Matt on his website at www.mattevans.us

What are your professional/musical goals and how has ALP helped you make them happen?

I love new music. Since I can remember, I’ve always wanted to be in the thick of the music making experience and I’ve always been drawn to the new.   Whether it’s through performing, composing, or conducting, I want to be completely immersed in music’s creation. I would love to perform as part of a small chamber ensemble playing new works and commissions and also act as an artistic director presenting concerts of music on the cutting edge. Through classes that focus on marketing yourself and creating opportunity as well as internships filled with hands on experience, the Arts Leadership Program has helped me learn the skills to manage the entrepreneurial lifestyle that would be necessary to make my dreams a reality.

More specifically, what ALP classes and/or internships have been most influential in shaping your grad school experience?

While working towards my graduate degree at Eastman I had the privilege of taking a handful of ALP classes and interning with Bang on a Can’s 2011 Summer Festival and the Eastman Communications Office.  These ALP opportunities were a fantastic addition to the “typical” grad school experience and allowed me to sharpen my skills as both a performer and entrepreneur during my studies. “Career Skills for the 21st Century,” was the most enlightening course, since it was an overview of many of the most overlooked skills necessary to be successful in the business (I specifically remember lectures on Money –  – concerning budgeting – and schmoozing). Both my internship with Bang on a Can and the Eastman Communications Office offered fantastic hands on experience, specifically in regards to all of the “other work” that goes in to make any performance happen successfully.

How did you get involved with Ban on a Can, Inc? What are you most looking forward to next year working with them and living in NYC?

My relationship with Bang on a Can began in an interesting way. I had been obsessed with the music of David Lang (one of the co-founders of Bang on a Can in 1987) throughout most of my undergrad. Upon arriving at Eastman I decided, late one night, to email links to every video and audio recording of myself performing Lang’s music to his personal email (which I had received from a mutual friend).  I closed the email with some kind words and a proposition to grab coffee the next time I was in NYC.  Lang graciously accepted my proposal and we talked over coffee some weeks later. I, having just become part of the Arts Leadership Program at Eastman, asked Lang if he happened to have any need for an intern in the immediate future and once again he presented good news.  Through the generous help of ALP and Lang himself, a few months later I was off to Bang on a Can’s summer festival to help with both organization and production.

I’m excited to spend the next year living in New York City and working with my friends at Bang on a Can.  The ability to see projects through from start to finish is one I have been yearning for, as well as the opportunities to work in close proximity with many of the composers and performers that are shaping today’s music and making history.

All ALP alumni are eligible to apply for post graduate funding, which can provide the individual with up to $10,000 annually to further explore professional areas of interest that are in synch with the goals of ALP.  Funding is distributed based on merit, and is first come-first serve.  Funding will next become available for the 2013-2014 academic year. Read more about how to apply for funding here.