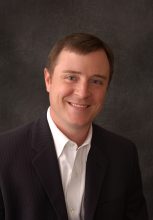 Currently the Executive Director of the Rhode Island Philharmonic Orchestra and Music School, David Beauchesne played a key role in launching and developing the Arts Leadership Program at Eastman. After receiving a BM in trombone performance and a MM in music education from Eastman, he worked as the Assistant Director of the ALP for its first five years of operation. Beauchesne continues to exemplify entrepreneurship through his work with the Rhode Island Philharmonic, where he helped build the “first successfully merged professional orchestra and community music school in the nation.”

Can you describe the role you had in the formation of the Arts Leadership Program at Eastman?

I was the Assistant Director of the Arts Leadership Program (ALP) for the first five years of its existence (1996-2001). My involvement with ALP actually began in 1994-95, when I wrote a couple of papers for Dr. Doug Dempster as part of a year of independent study. The first paper documented the evolution of the Eastman curriculum since the founding of the School. The second analyzed and summarized the key recommendations of the Eastman Commission on the Teaching of Music (ECTM), which was created in 1994 by ESM Director Robert Freeman to challenge faculty to reimagine what an Eastman education could be. Dr. Dempster proposed ALP as part of ECTM, and it became a key recommendation. My papers led to a job offer to help Dr. Dempster launch ALP.

I was initially charged with creating the internship program and, when Dr. Dempster became Associate Director of the school (equivalent to the current Executive Associate Dean), I took on many more responsibilities. The internship program received early funding from the Catherine Filene Shouse Foundation. We created many more internships that first year than promised which piqued the Foundation’s interest. Within three years, thanks in part to great stewardship by Suzanne Stover, Shouse provided a $3 Million endowment for the entire ALP. By the time I left in 2001 the ALP was fully established, well-funded and already had some accomplished alumni. I’m grateful to Doug Dempster, Robert Freeman and James Undercofler for inviting me to play a role in establishing the program.

As a student at Eastman, how did you develop an entrepreneurial mindset? In what ways do you continue to develop that mindset as a professional?

I benefited from great entrepreneurial role models prior to Eastman, at Eastman, and since. The music school I attended at age five was started by the principal trumpet player of the Vancouver Symphony Orchestra. My high school chorus teacher created an International Choral Festival in an isolated town of 15,000 people north of Vancouver. John Marcellus, Ray Ricker, Don Hunsberger and Doug Dempster were just a few of the entrepreneurial faculty at Eastman that had an impact on me. They have all created interesting, highly personalized and rewarding careers for themselves that blend teaching, performing research and/or administration , and have positively impacted the field of music while doing it.

I continue to develop my entrepreneurial mindset as a professional by taking on new challenges and learning from new mentors and colleagues. At Georgia State University’s School of Music I was hired as a faculty member in Music Education as well as an administrator. My position afforded me the opportunity to teach extensively, to conduct research on a national scale through our Center for Educational Partnerships in Music, and to extend my administrative skills as founding Director of the Community Music Division – all under the mentorship of Dr. David Myers, one of the most respected collegiate music school directors and researchers in the country. In Rhode Island I have stretched myself by helping to forge the first successfully merged professional orchestra and community music school in the nation. I have many exceptional mentors on our Board of Directors, as well as phenomenal peers to learn from.

The goal of ALP is to “prepare students for an ever-changing musical world.” In your opinion, how is the professional music world changing and what skills are essential for students to acquire?

The professional music world is changing in many more ways than I could possibly list here. For instance, it is no longer enough to be a great player and win the big job. The world’s best performers are asked to engage audiences in new and innovative ways, beyond the quality of their playing.

We ask the guest artists who perform with the Rhode Island Philharmonic Orchestra to visit schools, give master classes, meet with donors, give post-concert talks, or record PSAs. When we hire new orchestra members we hope that they bring a range of skills in addition to great playing. And those skills are evolving. Changing expectations are a constant. In such an environment, the most essential attributes for students to possess are curiosity, adaptability, and the ability to communicate both verbally and musically.

In your opinion, what is the ideal model for orchestras of the future? What direction do you hope the Rhode Island Philharmonic will take?

The ideal model for any orchestra is one that serves the needs of the community in which it functions. The common denominator for that model should be a healthy dialogue between each orchestra and the philanthropic, civic, educational, economic and cultural leaders to determine the best ways in which the orchestra can both serve and lead the community. Artistry will be at the core of every model, but how, when and where that artistry is conveyed, and with what it is paired must vary.

The Rhode Island Philharmonic Orchestra & Music School (RIPO&MS) is a model that grew out of such a dialogue. Our model prioritizes artistry and education equally because that is what is needed here. In 2000 the State’s only community music school was in danger of folding. The Philharmonic already supported a thriving youth orchestra program, and engaged in education efforts. The community needed a music school, so, as the largest musical arts and education organization in the State, the Philharmonic stepped in to ensure that one existed, becoming the first professional orchestra to successfully merge with a pre-existing community music school. That response to community need has led to an innovative model, and inventive programs that others are emulating. As part of the larger organization, both the Music School and the education programs of the Philharmonic have grown exponentially, serving four times as many children, youth and adults, with additional plans for growth. Employment for music teachers is up, administrative costs for the combined entity are down, fundraising has improved, and we built an exceptional facility for music education and performance – the first of its kind in Rhode Island – that serves the Orchestra, the School, and other community music organizations. Cross promotions between the Orchestra and the School are helping build the orchestra’s audience. These benefits all accrued from responding to a community need. As the Philharmonic evolves, we continue to look to community needs to shape our direction, and then find innovative ways to meet those needs.

What advice do you have for music school students who are looking to create careers that combine performance and arts administration?