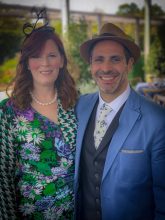 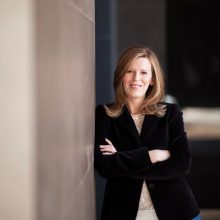 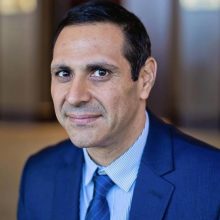 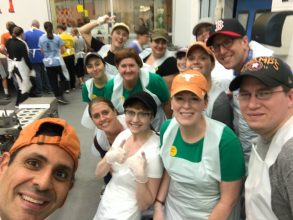 ALP Alums Carey Kirkpatrick and Joel Luks work for CKP Group in Houston, TX, a boutique communications firm founded by Carey in 2014. CKP Group supports clients through public relations, content marketing, and advertising consulting. In addition to his work with CKP, Joel Luks is also an instructor in Arts Leadership at the University of Houston. Both Carey and Joel received their Bachelors in Music from Eastman, with MM degrees from UT Austin and Rice University, respectively.

1. Carey, you founded CKP Group in 2014. Can you describe your motivations in starting your own firm? What has been most rewarding and/or challenging about the process so far?

In the summer of 2014 I was at a personal crossroads. A year earlier my mother had died suddenly, and within a few months of her death, my own health was in decline because of an autoimmune flare. The job I held at the time was interesting and I was working with clients that I believed in, but I wasn’t completely “in” the work. At the time I didn’t realize it, but looking back, I realize I was bored. The kind of challenges that keep work interesting and propel one forward just weren’t there for me. I wasn’t stretching and learning. I was just lingering. I needed new challenges and the opportunity to stretch, and I wasn’t going to get them where I was. While I wasn’t getting those opportunities to stretch, it became apparent to me that clients also wanted to stretch. The number of times I was hearing “I know you do X, but can you also help me with Y or Z” was increasing. The company that I worked at was pretty narrowly focused (which is pretty common), so the answer was almost always “no, we don’t do that.” I kept thinking, “yeah, I can do Y, I can also do Z, and a bunch of other stuff.” That feeling of wanting to be able to say “yes” was ultimately what pushed me over the edge to start CKP. I saw an opportunity for integrated communications consulting that embraced the changing media landscape, an opportunity do it in a smart and thoughtful way, and a market hungry for it.

2. Being a musician requires a unique kind of work ethic and method of self-evaluation. As classically trained musicians, how do you feel that these skills benefit you in the field of public relations?

CK: Being an artist — of any kind — takes a special kind of person. No matter how supremely gifted one might be, there’s still practicing, studying, developing the craft. You’ve got problems you’re trying to figure out how to solve constantly (so you can do something better or with more facility), and you’re trying all kinds of different tactics and approaches to find the solution. You live in a constant feedback loop, whether it’s your own self-evaluation or that of peers or mentors.

Being a great communicator draws on all the same skills. Just like in music, you’re telling a story. You use every tool in the toolkit to craft the story, get it out there and drive a result or action. You evaluate your efforts, tweak, and keep going until you get the result you want. If it’s not working the way you predicted, you diagnose the problem and fix it.

JL: One of the most important lessons I gleaned from my esteemed ESM studio teacher Bonita Boyd was to always be certain about my musical convictions. I had to have something strong to say, with phrases that had precise direction and communicated clearly without added complications, frills or fluff. And to craft such an aesthetic I had to look at the music for clues. They were right there all along. Changes in harmony informed changes in affect. Composer notes, articulations, tempo markings, among many other bits of information, had critical intel that made my interpretation a no-brainer. The composer’s music and my representation had to be in sync. And if they weren’t, it showed. The music became confusing and overtly complicated. Bonnie could easily tell when I hadn’t quite made sense of the score, her feedback forcing me to return to the practice room to give it another whirl.

The field of communications is quite similar. Everything begins with data. Creativity for creativity’s sake leads, more often than not, to a confused strategy that leaves the audience perplexed and searching for meaning. When we follow the simple approach of using data to craft a sensible communications plan that takes into consideration what we know, uses the information as a resource to deploy a campaign, and then measures its efficacy, we’ve arrived at the winning formula in marketing: Plan, do, measure.

This approach, as though I were preparing for a performance, takes discipline and self-reflection. Often we have to challenge our own preconceived ideas to arrive at a concept that will resonate with your target consumer — whether that’s in a concert hall or out there in the world.

3. Joel, you currently teach a course at the University of Houston as part of the school’s Arts Leadership M.A. program. What kinds of “big-picture” ideas about arts leadership do you hope to convey to your students in this course?

JL: Let’s think of the words arts leadership. What exactly do they mean? For a student embarking in a career with a promise of being an authority in the field, it is daunting and downright scary. That’s particularly true in communications, where technology dictates shifts in tactics that puts someone in the passenger seat. In an era where consumers are over-engaged in impersonal digital communications while struggling to find real-life connections, it’s critical to remember this one thing: The arts have become even more relevant in offering worthwhile and meaningful experiences.

What I’ve learned working in communications, both as a journalist, arts and culture editor and in agency work, especially partnering with my colleague and friend Carey Kirkpatrick, is that we all begin somewhere and accumulate experiences that add to our skill set. You will never know all the answers. Sometimes you’ll know none. And even if you do, it’s best to challenge your own assumptions. The trick to leadership is knowing how to ask insightful questions to arrive at informed conclusions, then surrounding yourself with people smarter than you and empowering them to carry on collaboratively. Dismiss the idea that leadership means knowing everything. Concentrate on the active part of leadership, on being able to excite people’s energies into something greater. That’s a different skill set.

4. CKP Group is actively involved in community volunteer and outreach efforts. Can you describe a few examples of community engagement that you found particularly meaningful?

CK: Being a service-minded company extends beyond setting a standard for doing the best work we can for our clients. We look at serving our community as an extension of that client service model, and we realize that through service projects, volunteer shifts and other activities at organizations throughout the greater Houston region (where we’re headquartered).

Texas has one of the worst food security rates in the US. In Houston, which is the largest city in Texas and the fourth largest in the US, one in five households faces food insecurity, and one in four children faces the threat of hunger every day. Harris County, where Houston is located, has the second highest rate of child food insecurity in the nation. Because this issue affects so many of our neighbors, CKP frequently volunteers with food assistance programs, one of which is a local program called Kids Meals. Kids Meals prepares, packages and delivers more than 2000 meals a day to children five years old and younger, delivering 364 days of the year, primarily through the support of volunteers. Spending an afternoon preparing meals for these kids (and by extension, their families), means that what we’re doing is directly impacting a family in need, we’re helping that family with one of the most basic things that most of us take for granted – knowing where the next meal comes from.

5. You’re both Arts Leadership Program alums. How did your involvement with ALP shape your career paths?

CK: I was lucky enough to do two internships through ALP with the Rochester Philharmonic Orchestra while I was still an undergrad at Eastman: one with Special Events/Volunteers, and another in the Communications department. Those internships were eye-opening for me. Through them I learned there were other opportunities out there, other ways to be involved in the music and arts world, other ways to contribute other than sitting in the orchestra. The fear that everyone feels of “what happens if I never win an audition” seemed to suddenly dissipate for me, because I felt like I had found another path that, if I wanted, I could explore and still find joy in.

The year that I interned in the communications department at RPO was foundational experience that I still draw on now. I was truly lucky to have an excellent mentor that instilled in me core communications best practices and an authentic, straightforward approach to the work. She worked with me in a true mentorship relationship and though I didn’t know it at the time, that experience laid the groundwork for creating a working environment at CKP where growth and development through mentorship is a core component of the culture.

Like Joel, I begin my “origin story” with “when I was an undergraduate, I participated in the Arts Leadership Program at Eastman.”

JL: When entering ESM as a freshman, I had very little awareness of what it took to thrive in the performing arts. How naive it was to think all I had to do was excel at playing the flute! ALP offered me a solid foundation, coupled with experience thanks to an internship at the Rochester Philharmonic, to be able to fuse creativity and business savvy to morph beyond a performer and into a thinker with transferable skills. Businesses and brands want a creative workforce that thinks outside the box, connects the dots, and questions the status quo. Training in a creative pursuit does that.

Baring your soul in studio class and being judged in public helps you build a thick skin that’s open to constructive criticism and learning. You begin to understand that admitting faults is not a sign of weakness but rooted in strength and a desire to be better. You become more empathic to other people; you’re able to read their moods, motivations and energies to work with them to get their very best.

ALP is a part of my journey and success story. When introducing myself, it’s included in tracing how I arrived to do what I’m doing right now.