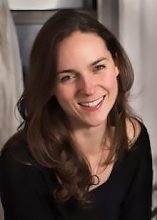 Beth Meyers is a founding member of the flute/viola/harp trio, “janus”, and is committed to broadening the trio repertoire through working with composers and artists alike. janus is set to release its debut collaborative album in early 2010.

Eastman alumni, Arts Leadership Program certificate, and Orchestral Studies Diploma recipient, Beth Meyers is a founding member of the flute/viola/harp trio, “janus”, and is committed to broadening the trio repertoire through working with composers and artists alike. janus is set to release its debut collaborative album in early 2010. Beth is also a member of the band, QQQ (viola, hardanger fiddle, acoustic guitar and drums) whose album “Unpacking the Trailer” (New Amsterdam Records) was called “gorgeous … a bold statement of purpose disguised as an unpretentious lark” (Time Out NY).

As an orchestral violist, Beth has played with groups such as the Rochester Philharmonic Orchestra, Richmond Symphony, Aspen Festival Orchestra, and the Lucerne Festival Academy. She has performed with ensembles including the Theater of a Two-Headed Calf, Alarm Will Sound, So Percussion, Da Capo Chamber Players, Signal, and she currently subs in the pit orchestra of the Broadway musical, “Wicked”.

Beth’s study of improvisation has found her at venues such as The Knitting Factory, the Bowery Poetry Club and Brooklyn’s Monkeytown. As a recording artist, she is featured on album’s including Alarm Will Sound’s “Steve Reich – The Desert Music” (Cantaloupe), Clare and The Reasons “The Movie” (Frogstand) and Sufjan Stevens’ “the BQE” (Asthmatic Kitty). Beth has worked with composers and artists including Darol Anger, Harrison Birtwistle, Pierre Boulez, Martin Bresnick, Helmut Lachenmann, Gregoire Maret, and Meredith Monk. She can also be heard singing Reich-ian “do’s” with So Percussion in Music for 18 Musicians and Drumming.

Beth is a graduate of the Eastman School of Music (BM and MM) and has studied with George Taylor and John Graham. She is a recipient of the Catherine Filene Shouse Arts Leadership Program certificate and the Orchestral Studies Diploma from the Eastman School of Music. She currently lives in Williamsburg, Brooklyn and enjoys teaching pilates and riding her road bike whenever possible.

With your experience working as a freelance musician, how important was the time you spent learning career and leadership skills in the IML?

Extremely important! I’m so glad that these courses were offered (some of them required) when I was completing my undergraduate degree. I think that the ALP was started when I was in my junior year, and there was a buzz about it. In general, I was skeptical that studying purely viola performance was going to be enough for my career once I left school. I had already branched out, taking on an English degree at the University of Rochester. But, it wasn’t obvious how applicable this non-musical degree was to my immediate reality after college. The ALP/IML courses focusing on “the realities of the music business” were enlightening with their tips and tools and brought together the perspective I needed to become a professional in the field. What I appreciated most was the common-sense attitude the classes and instructors provided – ideas that seemed obvious once they were mentioned, but that were never given importance or light in other classes I had taken. I remember simple tips Ray Ricker gave like “always begin and end a voicemail message to someone business-related with your phone number”! As simple as this sounds (eyes rolling?), I had never been told this before and it is definitely the type of thing that a presenter or contractor notices and appreciates – not to mention could be the thing that makes them call you instead of the other guy! Other valuable experiences I appreciated were the opportunities I was afforded to work as an intern and meet successful people in the music business (through the various guest lecturer series). I was given the chance to practice my skills and create my own projects while I worked at the RPO (both in the administrative offices as well as a section violist). This combination of experiences within one organization allowed me to view the entire operation from many angles and appreciate the responsibilities and value of each faction. And, the guest lecturer series gave my colleagues and I the chance to make valuable contacts that I still have today! This was essential in my transition from being a student to freelancing in NYC.

You perform with several chamber music groups. One such group, QQQ, recently released a CD. How important do you think it is for musicians to create these kinds of opportunities for themselves?

I think one of the classes I took through ALP was called “Entrepreneurship in Music”. One of the lessons that we were always getting from many different angles was that success wouldn’t find you. I think that this is maybe the most valuable concept I came away with. Truly, most of my Eastman friends (of which I still have many!) have created their own artistic successes as founders, co-founders, or just the general “person to call”. I guess it could have begun for me in one of Adrian Daly’s classes where we had to create a press kit for a real or fictional group. Learning how to best represent your self professionally on paper and online as well as through recordings (of course you have to keep up the musical practice!) can’t be emphasized enough. You might be the best player and have a killer group that does the newest, hippest thing – but these days, with all of the talent emerging from schools all over the world, you have to know how to push yourself to the top of that list. Things like knowing how to budget for and FUND a recording project are among the necessary skills in this day and age! It’s no secret that art and music support is dwindling so these skills are becoming more and more crucial for us.

What is the most valuable skill you learned during your time in the ALP and OSD programs?

Instead of one skill, I would say that it was a general perspective that was lacking in the rest of my studies. It’s not just learning how to play or the history of music or the essential skills of music theory (yes you do use them!), but it’s the head start that the ALP courses gave to put it all together. In my undergrad, ALP didn’t necessarily answer questions I had about my career or my future specifically, but helped me “ask” the questions themselves. For example, we spent a lot of time in one class examining how we as classical musicians actually help to “create” and foster the potentially damaging image of ourselves as an elite-class of artists rather than an accessible, for-the-people culture. It’s this kind of perspective that I still have in mind as I program shows, and even approach my own instrument. As far as the OSD program, I was extremely fortunate to focus for a good deal of time on the process of auditioning for and being in a professional orchestra. The mock-auditions and orchestral repertoire classes I took not only went over the excerpts you need to know inside and out before attending an orchestral audition, but these courses also examined the deep psychology associated with “audition nerves” and how to approach the sometimes harrowing experience of preparing for and winning an audition.

What advice would you give to current ALP students, especially those who would like to pursue a variety of opportunities like you are doing?

Get out there and be social! As far as becoming a freelancing musician, the more people you know and the more visual you are, the better your chances are for making career connections – and your Eastman colleagues will be your colleagues for the years to come. Take advantage of your alma mater and meet some alumni who’ve been out there. The best question you can ask them “what advice can you give me about…?” Offer to buy them a coffee over chat and they’ll probably remember someone who did the same for them when they were in your shoes! Without neglecting your instrument and the technical studies you’re doing while at Eastman, get out of your practice room and check out some of the other things going on in other departments – jazz, classical, baroque, electronic music… and definitely, definitely, definitely make friends with composers! You realize later that new music is essential in the business. It’s important to continue creating music together and fostering new music – great new music gets written sometimes because you are there to play and understand it! And find out what excites you. The most important thing is to take the time to discover this. Eastman has such a diverse community and you should take your time to find your voice within it. I’ve found that as long as I’m truly inspired by what I’m doing, it doesn’t matter how “weird” or “different” it might seem at first, the energy is contagious and presenters and audiences alike will share your enthusiasm!

It’s extremely rewarding to develop a relationship with contemporary music and composers. In this category I also include jazz and pop music. It’s important to connect with living composers and, in my opinion, be a part of how music-making is still and always should be relevant. You learn quickly outside of school that composers need players just as much as they did when they were in school. (Sometimes it seems that composers have to be the biggest self-promoters of us all!) As a violist it’s maybe more apparent as my instrument emerged as a soloist in the 20th century. Another bonus is that contemporary music can allow you as the performer more artistic freedom of interpretation as there may not be an established performance practice.

Taking some of the groups I’m in, QQQ can be heard as a contemporary music group, or considered in the folk genre, or in some tunes the added drum kit sounds a bit like Ornette Coleman. Here’s an example of how “contemporary music” can cross over genres. My trio, janus, on the other hand, can more easily fall into the category of a contemporary chamber music ensemble. While we’re mostly interested in working closely with composers to create a new trio repertoire, we also enjoy performing Debussy in a classical setting. Currently, along with several handpicked composers, janus is producing a collaborative album reminiscent of those pop albums we love to keep playing over and over again. This goes back to the genre bending that I’m most interested in.