Earlier this year, the Eastman School of Music’s Paul R. Judy Center for Innovation & Research, in collaboration with the University of Michigan School of Music, Theatre & Dance’s EXCEL Lab, sponsored Disruption. Action. Change. Creating a More Just and Equitable Arts Ecosystem. As part of the series, our five featured guests contributed blog posts that coincided with their virtual sessions. In the coming months we will be revisiting our guests’ timely and compelling blog posts. This week, our Blog Rewind will feature Margaret Lioi.

Margaret M. Lioi has been Chamber Music America’s Chief Executive Officer since 2000, serving as the longest- 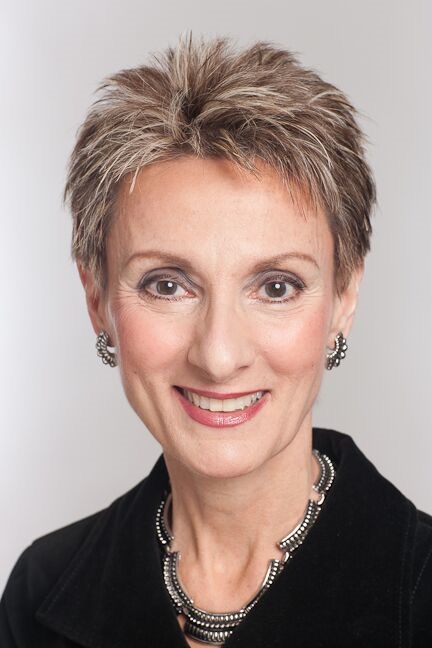 tenured executive in CMA’s 43-year history. During this time, CMA incorporated jazz into its small ensemble portfolio, increased its grant-making to more than $1.3 million annually, established May as National Chamber Music Month, and ratified the organization’s Commitment to Diversity, Inclusion, and Equity, solidifying its dedication to equitable practices in every area of its operations.

She holds a Masters in Piano Performance from New England Conservatory and an MBA in Arts Management from Binghamton University/SUNY. Prior to CMA, Lioi was the Director of Development at Spoleto U.S.A., Executive Director of The Eleanor Naylor Dana Charitable Trust, and Senior Director of External Affairs at The Public Theater/New York Shakespeare Festival. She serves on the Advisory Board of The Sphinx Organization, is a member of the Board of The Performing Arts Alliance, and is an adjunct faculty member in the MA in Arts Management Entrepreneurship program at The New School.

A Reflection on Disruption

I do not think of myself as a disrupter. For women of my background and generation, disrupting anything does not carry with it a positive connotation. Women are selfless peacemakers who bring people together, not break things apart—or so say the influential voices of my past.

When I arrived at Chamber Music America in 2000, CMA had accepted an initial grant from the Doris Duke Charitable Foundation to fund new works for composer-led jazz ensembles. This made complete sense to me; it fit perfectly into CMA’s definition of chamber music: music for small ensembles between two and ten musicians, one musician per part, generally without a conductor. But I wasn’t prepared for the pushback, negative emails, and overall controversy the program created.

To an already marginalized field that was perennially under-resourced, it was a signal that funding would be siphoned from our classical grant programs and redirected to what was perceived as an interloping discipline. It didn’t matter that Doris Duke’s Will mandated that the Foundation’s funding in music be dedicated to jazz. None of CMA’s funding for its classical programs was in jeopardy because of the jazz grants, and further, the Duke Foundation would not fund classical music as it was not one of Doris Duke’s interests.

Unbelievably, this debate continued for nearly a decade. I often reflect on these early years in my tenure and wonder what I could have/should have done to make the inclusion of jazz into CMA’s portfolio easier for everyone to accept. Some CMA members were so outraged at the idea that jazz was becoming a permanent part of CMA that they signed a petition against its inclusion. I remember that it arrived in my In Box the evening before our national conference and took center stage as we attempted to finalize our strategic plan in 2007.

The organization, the Board, and I came under fire for “abandoning CMA’s core constituency,” “forcing jazz down presenters’ throats,” and “disregarding CMA’s founding mission”—all untrue. Despite the negative reactions, we persevered. Our jazz funding and number of programs continued to grow. Jazz artists began to see Chamber Music America as a home, and most rewarding of all, jazz and classical musicians began to learn from each other and collaborate on artistic projects. Was this disruption or bringing people together? One of my colleagues often reminds me that more than one thing can be true at the same time.

In my first ten years at CMA I learned to listen. The jazz musicians were happy to have a new funding source but wanted to make sure that CMA was not inviting them into the classical construct and expecting them to conform. And it was equally important to recognize and understand the anxieties and misgivings of our classical constituents, who felt that resources were being taken away from them.

This journey, arduous and exhausting, will never come to a complete conclusion, but the resulting jazz programs and participation continue to contribute to CMA’s success as a vibrant and relevant 21st-Century organization.

It was with the successes and missteps of this experience that we approached our racial equity work. We continue to disrupt and bring people together.