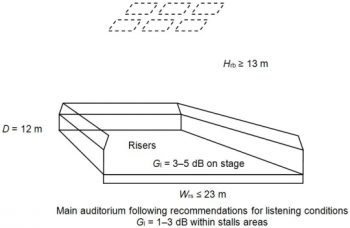 This article is the second of two that have come from Jens Jørgen Dammerud’s PhD dissertation on Stage Acoustics —a subject not often addressed in acoustics books, but nonetheless quite important to performing musicians. 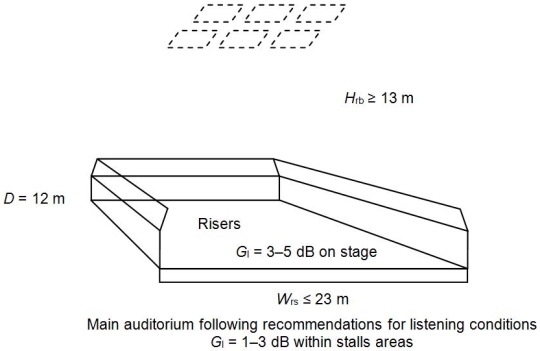 For the exposed stage overhead reflectors may not be needed. In such a case the top reflecting surface will here be the ceiling of the main auditorium (not included in Figure 6). The top section of the side walls are tilted downwards towards the orchestra for providing unobstructed reflections from the sides. The need for compensating reflections provided by the stage enclosure will depend on the design of stage risers. If the outmost string players are on risers – for instance by use of a circular riser system – the need for compensating reflections is likely to be reduced (not studied in the detail in this project). For an enclosed stage both side walls and the ceiling are outwards sloping and overhead reflectors may be needed for the acoustic communication with the main auditorium. The dashed lines illustrate what appears to represent a problematic layout of the stage enclosure. 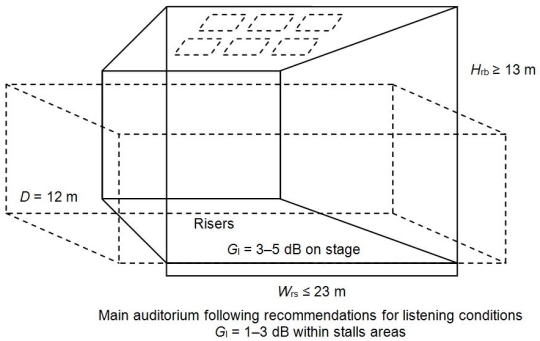