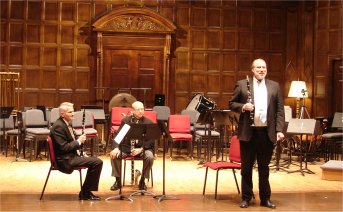 By now those of us who are interested in symphony orchestras and their business models are quite familiar with the inherent problems of putting 90+ musicians onstage day after day and providing them with a paycheck. We can articulate the problems but we have difficulty offering solutions. Michael Drapkin has had a varied career that includes orchestral clarinetist, educator, and entrepreneur. In the article that follows he offers his thoughts, and just maybe his solution or some version of it could help. Read it and let us know what you think.