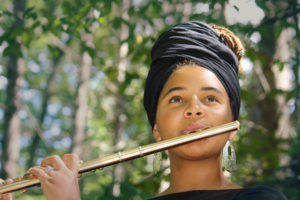 Jacqueline Cordova-Arrington ‘15E (DMA),  Assistant Professor of Flute at the University of Oregon School of Music and Dance, will use PRJC grant funding to support the launch of The Umoja Flute Institute (UFI) – a virtual summer series that offers educational workshops, performances, and professional development opportunities to flutists of African descent. She states, “Though many classical music organizations are beginning to put effort into addressing systemic racism and inaccessibility that their organizations harbor in our field, most are not centering racial justice as a pillar in their values; this is the primary focus of UFI.” 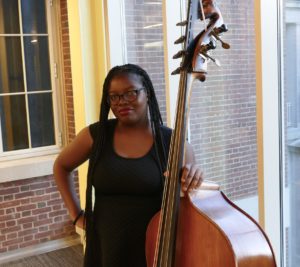 Dalanie Harris ‘21E, a double bass performer in Pasadena, CA will use her grant to support the study for, and podcast publication of, a project titled “Black Music in a Radicalized Society”, which explores the musical, cultural, racial, and political climates within the Black community in the late 1940s-2010s. 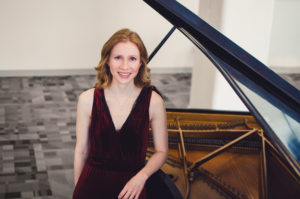 Maggie Hinchliffe ‘20E (MM) is a pianist, collaborator and educator whose project “How It’s (Musically) Made” will feature poets, composers, and performers in all stages of the creative process and result in new poetry, new music, a podcast premiere, and a virtual concert that features diverse creators and performers. 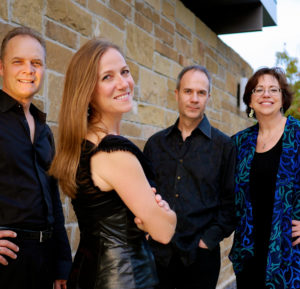 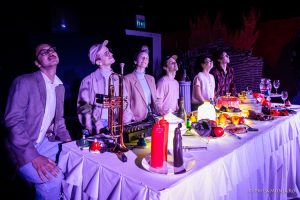 During the 2018–19 season, Mocrep initiates a multi-year collaboration with composer Sam Scranton. Currently a doctoral candidate at Northwestern University School of Music, Scranton collaborates with Mocrep on his dissertation project, THE HEALTH, set to premiere during the 2020–21 academic year. THE HEALTH is an hours-long work grounded in theories of healing vibration. Drawing on science, pseudo-science, acoustics, astrology, and defunct technology, THE HEALTHis scored for 11 performers, found percussion, homemade instruments, low-tech robots, and electronics.
The performance-installation is immersive—participating audience members experience THE HEALTHover the course of several hours by moving through a warehouse or similar open space, actively determining a path through the performance while passively absorbing its sonic benefits.

5HE presents Rivers Empyrean, featuring a newly-commissioned work of the same name for 5HE’s full ensemble by ASCAP Morton Gould Award-winning composer Patrick O’Malley, to be premiered as part of a 2-year partnership between 5HE and Friends of the Chicago River (FCR). The only organization solely dedicated to the Chicago River, FCR’s mission is to improve and protect the Chicago River system through education and outreach programs that foster awareness, involvement, and a stewardship ethic; public policy and planning efforts; and on-the-ground projects that physically improve the river.
Rivers Empyrean celebrates the Chicago river system, using ecological data, field recordings, and information on the river’s ecosystem (flora/fauna, wildlife habitat) provided by FCR as source material. Rivers Empyrean also fosters public engagement in FCR’s conservation work, serving as a new creative means of expressing and communicating river data and wildlife sounds. Patrick’s music is often influenced by nature and landscapes, making him a natural choice for this collaboration.
Rivers Empyrean will be programmed alongside pieces by Mason Bates, John Luther Adams and Dan Visconti in two performances at Chicago’s Shedd Aquarium and Garfield Park Conservatory. 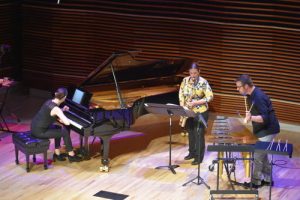 Nief-Norf received support from the The Paul R. Judy Center for Innovation and Research in establishing the Knoxville Concert Series, Nief-Norf’s first year-round concert series bringing new music to venues within the greater Knoxville community. An expansion of the summer festival (nnSF) program, the concert series featured six curated performances by nnSF faculty, including a combination of professionals (Nief- Norf faculty/staff) and student performers. This combination offered young musicians professional experience while performing at a world-class level, and bringing new music to the urban Knoxville area. All concerts were free and open to the public, with the exception of the Big Ears Festival. Guest artists for the concerts included Allison Adams, Andy Bliss, Andrea Lodge, Ashley Walters, Abby Fisher. In addition to connecting with new concert-goers, the Knoxville Concert Series is expanding Nief-Norf’s existing audience and raising awareness of the organization and the summer festival. By performing in local Knoxville venues, Nief- Norf took this music off-campus, connected with the local community, and spread awareness of new music to the general public, through exciting live performances.
The ensemble plans to continue their work and offer a second year-round concert series. 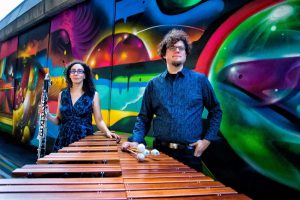 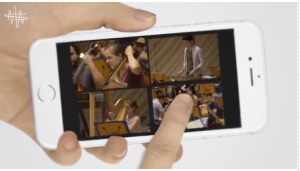 Face Off: A Battle of the Instruments

The New World Symphony, America’s Orchestral Academy (NWS), offers its Fellows several opportunities to create musical interactions with audiences inside the concert hall and in the community. These opportunities—collectively referred to as the New Audience Fellow Initiative—include Community Projects, Double Take Concerts, and Affinity Concerts. Affinity Concerts are designed to attract and engage new audiences that wouldn't ordinarily come to a classical music concert. These events use music to unite people who share a common interest. Face‐Off: A Battle of the Instruments—is led by team of three Fellows. Targeted at families with children ages 9‐13, the concept is to create an interactive family concert modeled after TV reality talent shows (e.g., American Idol, America’s Got Talent). To mimic the high production level of a TV show, the project leaders commissioned video and lighting design from NWS staff, and utilized a mobile application to facilitate audience voting and participation. Six orchestra sections will be presented as “contestants”: violin, double bass, clarinet, harp, French horn, and percussion. The orchestra will perform well‐known classical pieces to represent each instrument section. Based on these performances, the audience will vote for their favorite instrument, producing a winner at the end of the concert. The concert is intended to help bridge the gap between classical music and popular entertainment by presenting a fun and affordable event (non‐subscription tickets will be $20) that will attract families who may be coming to their first classical music concert. 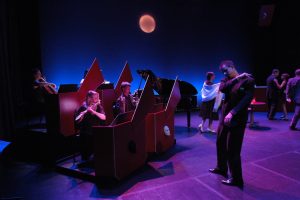 All Around Us: Developing a 3-D Soundscape Concert Experience

With the All Around Us Project, the Pittsburgh New Music Ensemble plans to develop an entirely new form of expression. Composer Steven Bryant and PNME co-creators Kevin Noe and Kieren MacMillan will continue the research and development phase with the end goal to create an evening-length, theatrical and musical story that experiments with binaural technology (a three-dimensional soundscape with audience in headphones). Future commissions will make a specific theatre space obsolete with audiences free to walk around the artists. This project is not only about experimenting with location of sound, but also about using the proximity as a fundamental tool of expression for storytelling. Technology is changing the world and PNME wants to take advantage of this precise moment in time and create a new genre that can deeply connect with audiences our era.