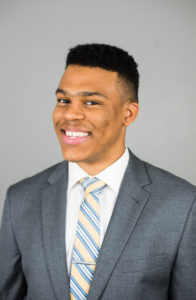 This fall, Travon Walker ’21E was awarded an IML Grant for his project Representation Matters: Bringing Classical Music Into Schools Through a BIPOC Lens, which presents music to middle and high schools in the Rochester City School District that have high populations of students of color, and schools in the Rochester suburbs with high populations of white students. “Our recitals will feature music written by Black, Indigenous, and people of color (BIPOC), which will give some students an individual sense of validation and belonging, and also a chance for them to explore other cultures and identities.” 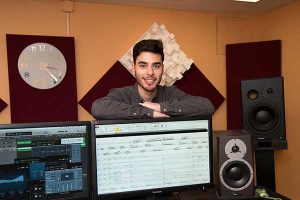 This multimedia project is aimed at producing an artistic rendition of the history and culture of a region in northern Spain called Galicia, to be premiered at Eastman as Siebert-Castineira's Master's thesis, featuring an orchestra blended with Celtic instruments and audio stems playing live to picture.
The two goals of this project are to create a piece of work that will awaken people’s interest in cultural diversity and minority identity; and secondly to actualize high art music for 21s​t century mediums by blending orchestral writing with digital sound and world instruments.
The project aims to address in its own way the critical disconnect between the world of contemporary classical music and its audiences. The problem, this project believes, is largely due to what today’s audience members’ ears are used to, accustomed as they are to a comfortable sofa with good speakers, so that high art music must compete with layered blends of music through digital means that make conventional live ensembles seem dated. This project aims to counteract this effect, by presenting music of high quality and craft within an actualized medium that will empower the communication of the artistic concept behind it. 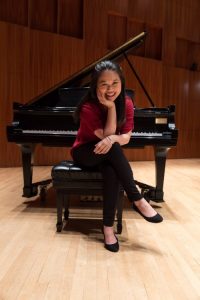 My Musical Trip around the World!: A Children's Book Series 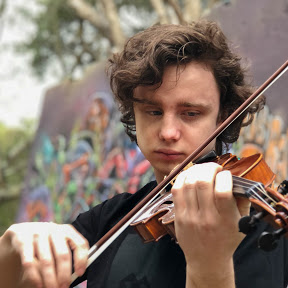 This music video is the result of a longtime frustration I’ve had with the huge gap between what we call classical music and what we call popular. I wanted to envision how classical music would be presented if it was already popular, instead of trying to dumb it down or “explain” it. I hoped to make Bach’s second partita a little more meaningful and memorable to people who might not otherwise enjoy it, and also provide a new way for musicians to be creative in how they present music to a general audience. I first had the idea of music videos as a way to bridge this gap almost a year ago. I have always been dissatisfied with the fact that most people only seem to connect with classical music when it is the soundtrack to a film, or through musicians who play pop covers on classical instruments. But one day I realized that by making a music video I could use the association with film that classical music already has and turn it upside down – without changing or dumbing down the music. While I had never made a video before and didn’t even own a camera, I got my feet wet by offering to make a video for a dancer I knew, then later had a friend film me in a few spots around my home city of San Diego playing a (different) piece by Bach. By this time I knew the basics of video editing software, and liked the results of my “test” video, but I knew that to make something that people other than my friends would enjoy, I had to get other people on board – and a budget. That’s when I asked Adrian Agresti, a friend from high-school studying and directing film in New York City, if he would be willing to work on this with me and apply for the IML’s Mentorship Grant. He agreed, and reached out to his network in the city to put a cast and crew together while I drafted the proposal.  We were extremely lucky to find three models, a director of photography, and an animation team to join us. I was even luckier when the owner of a local violin shop lent me a $250,000 Italian violin from 1702 to record the music. When we learned that we had been awarded funding from the IML Grant and Mentorship Program, we were thrilled.  I took a bus to New York City and planned to film there over the course of four days, but, when all was said and done, we realized that there was only one night when everyone could be in the same place at the same time. So, we spent two days working out exactly how every shot would be set up to use every minute as efficiently as possible.  Then, from 9:00 pm one night to 7:00 am the next morning, we shivered in the cold and wind on the rooftop of an apartment building, shooting and re-shooting until we were happy with every shot. Piecing all our footage together and working with the animators to get a polished, finished product took about four months instead of the ten hours I expected, but at least we could stay warm inside for this part.  Because I was back in Rochester, it was harder to communicate ideas back and forth with Adrian, but eventually something started to take shape that resembled what was in our heads. Finally, after six months, countless hours and a team that ended up including 15 people from the original two, I was able to hit “export” and share this idea with the world. 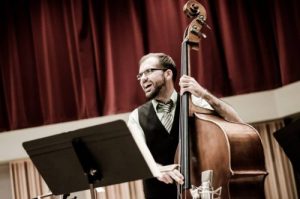 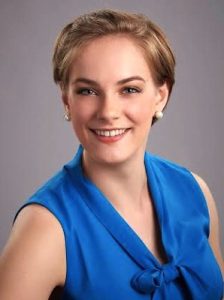 To Eastern Oregon and Beyond: Laying the Foundation for Publication of Hub Miller’s Song Folio 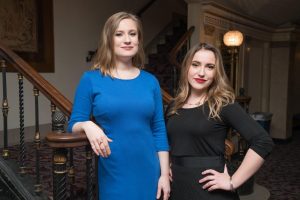