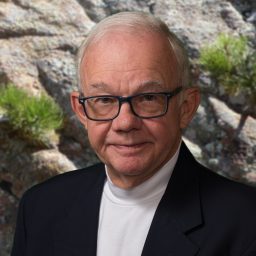 Sign up for a 20-minute slot with distinguished alum Jerry Brubaker to share knowledge and information regarding Jerry’s areas of expertise: arranging, composing, and service bands.

Jerry Brubaker is an exclusive composer and arranger for Alfred Publishing Co. Inc. and has published over 300 works for band, symphony orchestra and chorus. A native of Altoona, Pennsylvania, Jerry has a Bachelors degree from the Eastman School of Music and a Master of Music from The Catholic University of America. Mr. Brubaker served for 30 years in the United States Navy Band in Washington, DC as a French horn soloist and composer / arranger. He became the Band’s Chief Arranger and held that position until his retirement from the Navy in 1998.
Most recently Jerry has been a member of the City of Fairfax (VA) Band and the Virginia Grand Military Band and is currently President of The Association of Concert Bands.