Launching Your Music Career and the Finances of It All 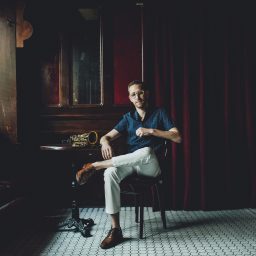 New York city-based saxophonist Owen Broder runs in a variety of musical circles, leading his own groups and participating in others. Broder’s jazz quintet performed at the DC Jazz Festival in 2016 and 2017, and at the 2017 Umbria Jazz Festival, and were semi-finalists in the 2018 M-Prize. His American Roots Project’s album Heritage (2018) is a featured project on ArtistShare®, and earned him a 2018 Herb Alpert Young Jazz Composer Award.

Broder is a member of the Anat Cohen Tentet, and has performed with internationally respected jazz artists such as Ryan Truesdell’s Gil Evans Project and Trio Globo. In musical theater, he was a member of the pit orchestras for the German tour of Grease and off-Broadway production For the Last Time, appeared with the band in David Bowie’s Lazarus, and originated the woodwind chair in the U.S. Premier tour of The Bodyguard the Musical.

Broder grew up in Jacksonville, FL, and also has hometown ties to Detroit, MI, and Washington, D.C. He holds a Bachelor’s degree from the Eastman School of Music, and a Master’s from the Manhattan School of Music.

This event is part of Career Skills for the 21st Century taught by Steve Danyew.