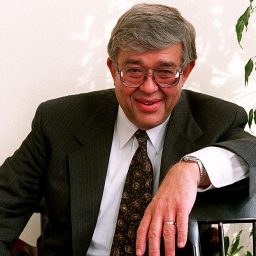 Ⓒ video for this event is no longer available. If a recording is available, it will be shown below.

Interview, conversation, and Q&A with Robert Freeman: “What are the most critical challenges facing us as the musical leaders of tomorrow and what can we do to meet them?”

The American pianist, musicologist, and music educator Robert Freeman has led several of America’s finest music schools – including the Eastman School of Music, where he served as director for more than two decades. From 1996 through 1999, Freeman served as president of the New England Conservatory, then as dean of the College of Fine Arts at The University of Texas at Austin until 2006. A Steinway artist, Freeman has performed in concerts and recitals throughout North America and Europe, and has made several recordings, mainly with colleagues from Eastman and the University of Texas. As a musicologist, his publications have focused on 18th-century music history and on the history and future of musical education.