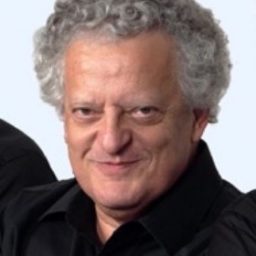 The Eastman community is invited to join Irvine Arditti in a discussion of his career and recording history. As the founder and first violinist of the Arditti Quartet, Mr. Arditti has recorded over 200 albums with his quartet and has worked side-by-side with highly influential composers in contemporary music. As a soloist, he has premiered an extensive collection of large-scale solo works written especially for him. Beyond the Arditti Quartet, Mr. Arditti has also appeared with various distinguished orchestras and ensembles including the BBC Symphony Orchestra, Berlin Radio Symphony Orchestra, Royal Concertgebouw Orchestra, Munich Philharmonic Orchestra, Schoenberg Ensemble, and the London Symphony Orchestra, where he became its co-concertmaster at age 25.