Behind the Scenes: Writing and Music in the Film Industry 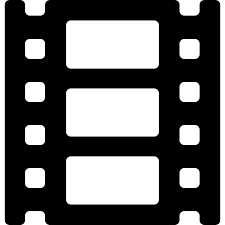 Are you a writer interested in screenwriting? A musician curious about film composition? An audio engineer eager to play with movie sound design? Join professionals as they discuss how writing, music, and sound all contribute to movies and what it’s like having a career in the film industry. Bring your questions!

Guest artists include: John C. Richards – Hollywood screenwriter, began his career with a focus on short stories. One of these, “Heart Too Big,” was included in “Stubborn Light,” an anthology of the best published work of “The Sun.” Another was the genesis of the screenplay for the film, “Nurse Betty”, which captured the Best Screenplay Award at the 2000 Cannes Film Festival. His feature-length adaptations also include “Vivo,” from Louis de Berniere’s novel “Señor Vivo and the Coca Lord,” and Elmore Leonard’s “Tishomingo Blues.” In 2017 he wrote “Paterno” for HBO, the story of the fall of Penn State coaching legend Joe Paterno, which aired in April 2018, with Al Pacino in the lead role.

Mark Watters – Six time Emmy Award -winning composer and conductor whose diverse career spans 400 television episodes, feature films, DVDs and video games. Mark holds the distinction of serving as music director for two Olympics: the 1996 Centennial Games in Atlanta, and the 2002 Salt Lake City Winter Olympics. In 2002, Mark was asked by John Williams to co-conduct the Academy Awards. 2012 marked his debut with Pixar Animation Studios with his original score for “Time Travel Mater” and serving as principle arranger for “Pixar In Concert” which has enjoyed numerous performances around the world.