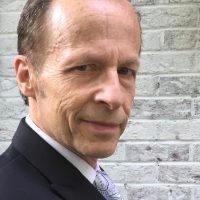 "Some people seemed destined to lead unconventional lives, and James VanDemark is certainly one of them," said the New York Times in the first of its three profiles on VanDemark.  Performer, academic, boxer, producer, and entrepreneur - these are the principal roles VanDemark has successfully played in a highly diverse career spanning nearly four decades.

VanDemark is also the recipient of commissioned works by many composers, including three Pulitzer Prize winners: Gian-Carlo Menotti, Joseph Schwantner, and Christopher Rouse. VanDemark has also give the American premieres of concerti by Nino Rota and Edvard Tubin, and the German premiere of the Concerto for Double Bass by Hans Werner Henze.

VanDemark's arts and culture projects have been featured in the New York Times, Connoisseur Magazine, on the MacNeil/Lehrer NewsHour, the BBC, CBC, NPR, and in many other media outlets around the world. In considerable demand as a speaker on entrepreneurial skills in music at colleges across the United States and Canada, VanDemark has also received great acclaim for his frequent role as narrator with many prominent symphony orchestras, including more than 40 performances with the Rochester Philharmonic and 15 with the Texas Festival Orchestra. Most recently VanDemark was recently commissioned by Georg Solti Prize winner Yaniv Dinur to rewrite Peter and the Wolf for an adult audience. The work was premiered in October of this year.

After developing the television pilot PRIVATEER about professional motorcycle racing for the Speed Channel (now FoxSports1), VanDemark became co-owner of AMA Superbike team Acronym Motorpsorts, which raced in the 2007 season at tracks across the United States.

Acclaimed for his extensive work in the Native American community, VanDemark commissioned and developed the Native collaborative musical work CIRCLE OF FAITH, profiled in The New York Times, Cleveland Plain Dealer, Detroit Free Press, Minneapolis Star and Tribune, Denver Post, Lakota Times, and on NPR's Morning Edition. VanDemark has helped produce more than 40 performances of the work in the United States and Canada.

VanDemark was the founder of the innovative festival Music at the Gainey Center, which featured Naumburg winning Muir and Colorado Quartets and pianist Anton Nel. The festival was one of the first to utilize specific corporate residencies for chamber music groups, resulting in performances on factory floors, corporate office spaces, farms, and migrant farm workers camps.

As an accomplished amateur boxer, VanDemark was recently profiled on the front page of The Wall Street Journal, The Strad, on CBC's "Q," WNYC's "Soundcheck," and was featured at length on ESPN's E-60 sports documentary series. VanDemark’s conditioning and boxing program for students, musicians, and the general public has also brought him considerable worldwide acclaim. His recent boxing/ conditioning presentations include the University of Tennessee, the University of Alabama, Louisiana State University, Colby College, Loyola University New Orleans, and the University of Santiago (Chile).

VanDemark attributes the longevity and diversity of his career not only to his own athletic training, but also to his work in the the health care field in the 1970’s, when he worked extensively under the renowned neurologist Dr. Howard S. Barrows at the McMaster University School of Medicine in Canada in developing the groundbreaking Simulated/Standardized Patient Program (SPP).  As a result of these achievements, VanDemark was named to the Industry Board of the American Health Council in October 2017.

Past events by James VanDemark: