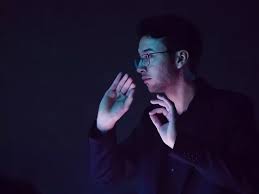 GRANT O'BRIEN is a conductor, composer, and producer of contemporary music. During his studies at the Eastman School of Music, he worked extensively with conductors Dr. Oliver Hagen, Dr. Mark Scatterday in addition to the Emmy Award winning Mark Watters. Currently, Grant is studying orchestral conducting with Brad Lubman at the Eastman School of Music. As a classically trained artist with a devotion to popular AND contemporary music, Grant continues to display himself as a versatile musician and an inventive concert producer.

Grant has conducted many ensembles in the Rochester area including the Eastman Graduate Orchestra, Upstate Brass Band, Eastman Tuba Mirum, and the Empire Film and Media Ensemble. He has also conducted in over ten degree recitals at the Eastman School of Music in addition to several recording sessions with ensembles ranging from octet to a 50-piece orchestra. Most notably, Grant has conducted recording sessions for the award winning web-series, “Star Trek Continues” and film, “Aquarium” by Stephanie Maxwell.

Producing innovative community based projects has also been a passion of Grant’s professional career. His project, TERRA, raised funds for a local urban farming center through a benefit performance of pastoral concert pieces all performed with multimedia elements. His other community based accomplishments include producing, conducting and arranging for Songs of the Valiant, a benefit concert for the Wounded Warrior Project and The Flower City Show, a premiere of student and independent films with live orchestral accompaniment.

​As a media music composer, Grant has written for 3 senior thesis films at the University of Texas, Chapman University and the Rochester Institute of Technology. Additionally, many of his arrangements of popular music have been aired live on Rochester’s WXXI Classical 91.5.

Past events by Grant O'Brien: