Join the ALP Certificate Program
Applications for the ALP certificate program are now being accepted for the Fall 2021 semester.  Class of 2023 and first year graduate students (or those with 3-4 semesters remaining as a full time student) are eligible to apply.  See all the details at Join ALP.

The deadlines and events — all right here! See the ALP Calendar page for a larger view. It's a Google Calendar, so you can integrate this in a number of ways on your computer and/or smartphone. See Google Calendar Help for more information.

ALP in the Spotlight 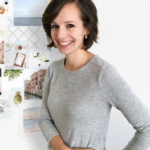 In Episode 9 of the IML Podcast series, host Stephen Biegner interviews ALP alum Ashley Danyew about what goes into having a church job and discusses her pivot from music director to musicpreneur (that’s a musical entrepreneur). Listen to how Ashley discovered both a fulfilling career and her passion at the intersection of church music and music education to develop a successful blog and website.  A Podcast from the IML: Episode 9

See what ALP alumni are doing all over the globe. Go to the map

ALP at 20 Years
We celebrated 20 years of ALP in October 2017! ALP alums were featured throughout the weekend’s events, including late night jam sessions and a brunch where we considered redefining the programs that will keep leadership at the forefront of the Eastman experience. Thanks to those ALP alumni who were able to join us! LEARN MORE >

JOIN US ON FACEBOOK!
Are you an ALP alum? Then join the ALP facebook closed group and take advantage of career and networking opportunities. 300 Members strong!